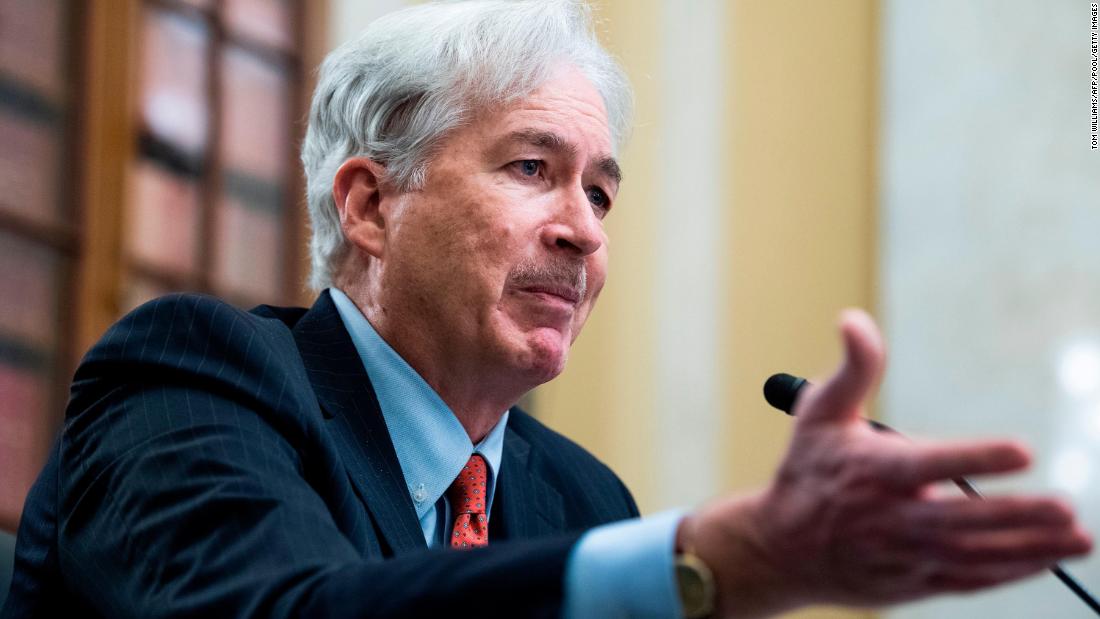 President Joe Biden’s pick to lead the CIA, William Burns, largely skated through his confirmation hearing Wednesday, receiving bipartisan praise from lawmakers on the Senate Intelligence Committee who made clear they intend to support his candidacy as the first lifelong diplomat to serve as director of the nation’s preeminent spy agency.

The tone of the hearing was largely amicable with a heavy dose of policy-oriented questions that were more reminiscent of what one would expect lawmakers to ask a nominee for Secretary of State rather than CIA director.

As expected, Burns appeared to emerge from the hearing unscathed and seems poised for confirmation.

In his opening statement, Burns stressed that intelligence must not be political, marking a clear distinction from the approach taken by former President Donald Trump.

“That is exactly what President Biden expects of CIA. It was the first thing he told me when he asked me to take on this role,” he added. “He said he wants the agency to give it to him straight – and I pledged to do just that, and to defend those who do the same.”

Burns, who is known as Bill, is president of the Carnegie Endowment for International Peace, a respected international affairs think tank in Washington. He served as deputy secretary of state in the Obama administration after working for more than three decades in positions across the foreign service, which he joined in 1982.

He also served under five American presidents, both Democrats and Republicans, and 10 secretaries of state in a variety of posts, including as ambassador to Jordan in the Clinton administration and to Russia under George W. Bush.

Burns has talked extensively about the damage he believes the Trump administration has inflicted on the United States’ foreign policy. He warned of the dangerous consequences of President Donald Trump not accepting election defeat in a prescient essay last August in the Atlantic.

“If he loses, I doubt that he will suddenly embrace the traditional bipartisan commitment to effective transitions. At best, he’ll be consumed by efforts to rationalize his defeat and paint the election as rigged; at worst, he’ll seek to contest or undermine the result,” Burns wrote. “Like so many other features of the Trump era, the transition would bear little resemblance to any before, or any of the many I served through as a career diplomat. The costs of confusion, mixed signals, and bureaucratic turmoil could be very high.”

How to deal with China and Russia

At the hearing, Burns outlined how he will approach China and Russia if confirmed.

“There are, however, a growing number of areas in which Xi’s China is a formidable, authoritarian adversary – methodically strengthening its capabilities to steal intellectual property, repress its own people, bully its neighbors, expand its global reach, and build influence in American society,” he told lawmakers.

“For CIA, that will mean intensified focus and urgency – continually strengthening its already-impressive cadre of China specialists, expanding its language skills, aligning personnel and resource allocation for the long-haul, and employing a whole-of-agency approach to the operational and analytical challenges of this crucial threat,” he said.

Burns, also stressed the importance of “firmness and consistency” in responding to Russia.

The Trump administration was notoriously soft-handed in dealing with aggression from Moscow.

Burns said he learned through his foreign policy work “in dealing with those threats, responding to them and deterring them, firmness and consistency is hugely important, and it’s also very important to work to the maximum extent possible with allies and partners.”

“We have more effects sometimes on Putin’s calculus, when he sees responses coming, firm responses coming not just from the United States, but from our European allies and others as well. So, it pays off to work hard at widening that circle of countries who are going to push back,” he added.

Burns also said that “it’s always a mistake to underestimate Putin’s Russia,” noting that under Vladimir Putin’s leadership it can be at least as disruptive as a rising power like China.

“So we have to be quite cold-eyed in our view of how those threats can emerge,” he said.

Burns was tapped by Biden as his nominee for CIA director after other top contenders faced criticism for their previous support of torture programs.

Former acting CIA Director Michael Morell, who had been under consideration by Biden, was assailed as unacceptable by top Democrats on the Senate Intelligence Committee.

Democratic Sen. Ron Wyden of Oregon, a member of the Intelligence Committee, had criticized Morell as a “torture apologist” for his previous suggestions that “enhanced interrogation” of terrorists was effective and moral.

Pressed on the issue Wednesday, Burns told lawmakers he believes “waterboarding does constitute torture under the law” but also shares the view that “we should not take actions against, or prejudice the careers of officers who may have worked under in those programs at a time when they were operating under Department of Justice guidelines and at the direction of the President.”

“I am certainly committed to what the law provides right now and to ensuring that those enhanced interrogation methods are never again used by CIA, they certainly will not be under my leadership if I’m confirmed,” he added.

If confirmed, Burns won’t be a member of Biden’s Cabinet, which represents a change from the Trump administration, but a return to the status the job had in the Obama administration.

Avril Haines, who has already been confirmed as Biden’s Director of National Intelligence, represents the intelligence community in the Cabinet. Haines and Burns have a long-standing relationship and during an appearance last year at Columbia University, she praised Burns for being well known for providing thoughtful feedback during his time in government.

“Everyone always wanted to send their memos to Bill,” Haines told the audience.

A holiday gift from the Saudi ambassador

Burns disclosed in a written questionnaire submitted to the Senate Intelligence Committee ahead of Wednesday’s confirmation hearing that he received a group trip to the Super Bowl as a holiday gift from the Saudi ambassador some time over the last five years.

There is nothing to suggest that Burns did anything wrong by accepting the gift – as he did so some time over the last five years while serving as the President of a Washington think-tank, but it is notable because Super Bowl tickets alone can cost thousands of dollars.

On this form, Burns was asked to list all gifts he has received over the last five years exceeding $100 in value.

As such, Burns noted several holiday gifts he received from foreign ambassadors with whom he had regular professional contact in his role as president of the Carnegie Endowment for International Peace, but the gift from the Saudi ambassador seems to stand out among the rest, which largely consisted of bottles of wine and holiday baskets.

A year after the blaze, Notre Dame’s rebuild is on hold...

admin - 2020-04-14
0
Written by Oscar Holland, CNN Contributors Alaa Elassar, CNN It has been a year to the day since a fire devastated the Notre Dame cathedral, causing...

Ohio town worries about safety after radioactive contamination is found at...

Cardi B flexed during Paris Fashion Week in a head-to-toe outfit...

How to find professional help for depression, anxiety

What’s next for no-touch air travel?