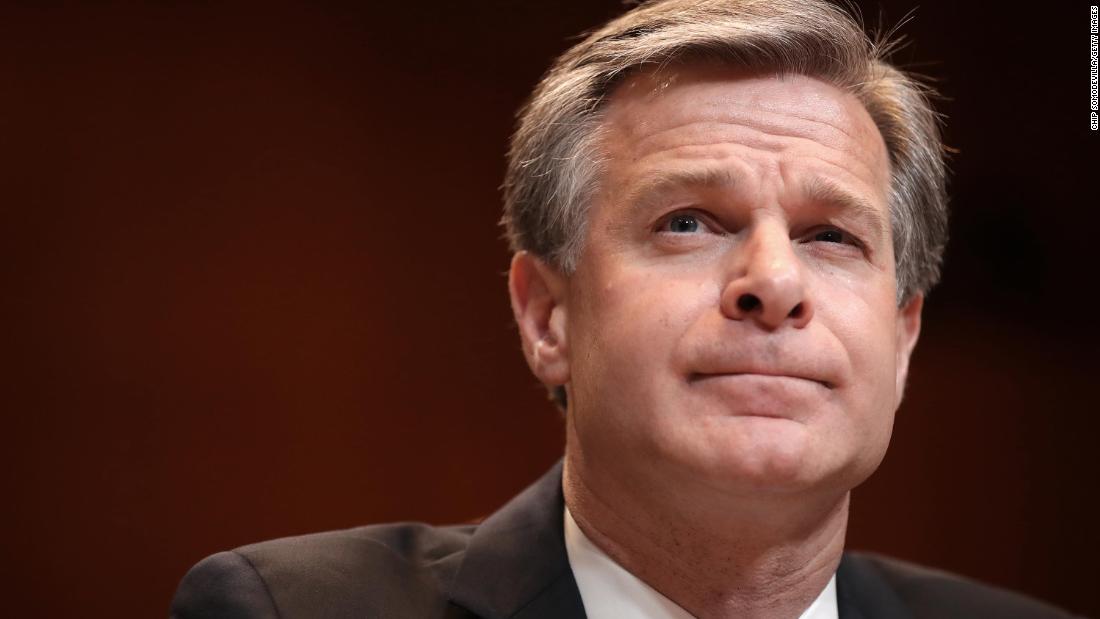 FBI Director Christoper Wray’s team of federal investigators is currently chasing thousands of leads in twin efforts to prosecute people involved in the Jan. 6 attack on the US Capitol and to try to prevent feared follow-up attacks in Washington and around the country.

Law enforcement officials have indicated to CNN that authorities missed key signs ahead of the siege, which left five dead and the Capitol ransacked, and the FBI’s preparations leading up to the day of the attack on the Capitol have come under scrutiny.

The Washington Post reported in January that the FBI warned of a violent “war” at the US Capitol in an internal report issued a day before the deadly siege, but it wasn’t acted on urgently enough to prevent the domestic terrorist attack.

During the transition, President Biden signaled his plan to keep Christoper Wray on board— if he wasn’t fired first by former President Trump. Like all FBI directors, Wray has a 10-year term. Wray was appointed by Trump in 2017 and faced criticism from the ex-president on a number of issues.

Trump made little attempt to veil his disdain for Wray, who many of Trump’s allies have suggested to him is doing little to stamp out what they view as rampant corruption at the FBI. He complained privately that Wray refuses to rebuke his predecessor James Comey, has chastised those who recommended him for the job and has said he would love to replace him.

Wray had no reason to think he wasn’t on solid footing with the new Biden administration — despite the fact that White House press secretary Jen Psaki did not answer on Wednesday when asked if Biden had confidence in Wray.

“I have not spoken within him about specifically FBI Director Wray in recent days,” White House press secretary Jen Psaki said, “but I’ll circle back if there’s more to convey.”

Psaki followed up on Jan. 21, tweeting: “I caused an unintentional ripple yesterday so wanted to state very clearly President Biden intends to keep FBI Director Wray on in his role and he has confidence in the job he is doing.”

Interior secretary nominee faces hearing despite lack of details over his...

‘Yes!’: This is the Republican lawmaker who screamed when Trump talked...

Waters to Mnuchin: ‘If you wish to leave, you may leave’

Rare photos of Richard Avedon, from the lens of his longtime...

Why Indian women became the faces of these Victorian-era postcards

A Syrian refugee and his son are first victims to be...

New York Fashion Week is back for another season of shows...