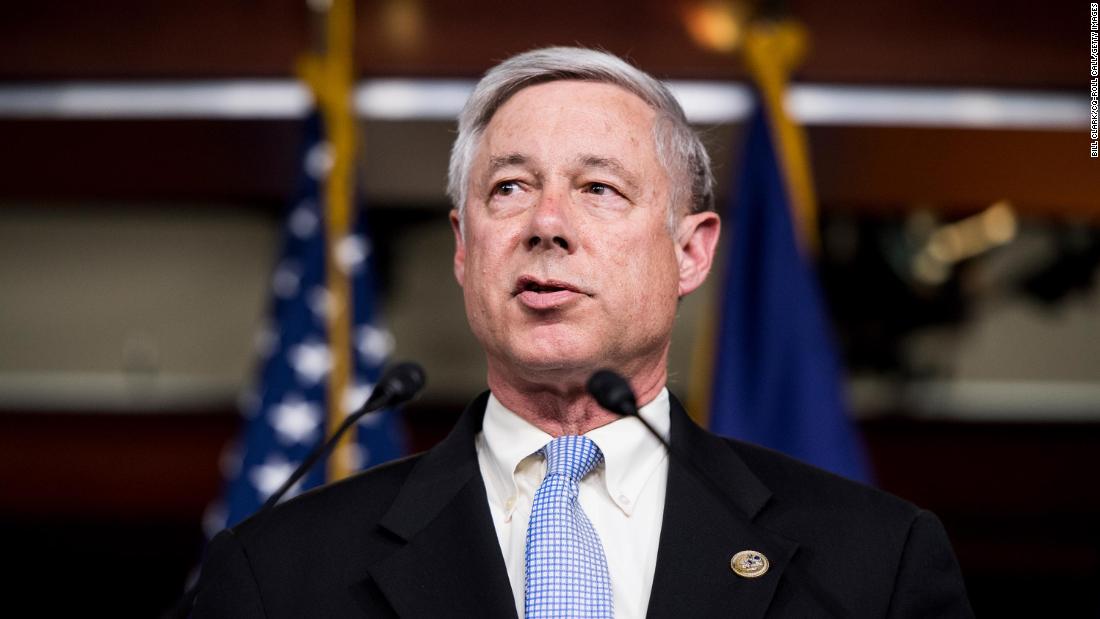 Michigan GOP Rep. Fred Upton was censured Tuesday by a local Republican Party in his congressional district for his vote to remove Rep. Marjorie Taylor Greene from her House committee assignments.

The Cass County GOP voted to adopt a resolution saying the vote to remove Greene, a Georgia Republican, from her committees was an “attack” on the freshman lawmaker for being “unafraid to speak out,” adding that her comments, which include indicating support for political violence and pushing wild conspiracy theories, “have not been out of line with anyone else’s,” The Detroit News reports.

“We believe Congressman Upton’s vote is a betrayal of his oath of office and core values of the Cass County Republican Party,” the resolution reads, according to The Detroit News.

Upton said in a statement that he stood by his vote.

“Really? She taunted a Parkland school shooting survivor, argued that California wildfires were started by a Jewish space laser, accused Democratic politicians of running a pedophile ring out of a pizza parlor, and questioned whether 9/11 really happened,” Upton said. “Does the Cass GOP really think someone like that represents Republican values and should be serving on the education committee?”

Upton’s censure comes as several senators and representatives, including No. 3 House Republican Rep. Liz Cheney and Sen. Pat Toomey, have been or are facing reprimands from their state parties in recent weeks, highlighting the divide between the GOP’s pro-Donald Trump forces and its establishment wing in the wake of the November election – as well as the degree of influence Trump continues to wield over the party.

Upton has represented Michigan’s 6th Congressional District, which includes Cass County and five other counties in the state’s southwest region, since 1987. The Cass County GOP and Chairman Mark Howie did not immediately respond to a request from CNN for comment.

This is the second time in a number of weeks that the body has censured Upton. The local party adopted a resolution in late January censuring Upton for his vote to impeach Trump for “incitement of insurrection” following the deadly January 6 riot at the US Capitol. Upton was one of 10 Republicans in the House who voted in favor of Trump’s historic second impeachment.

The House voted earlier this month to remove Greene from her spots on the Education and Labor Committees in the wake of recently unearthed incendiary and violent past comments made by the Georgia congresswoman that triggered widespread backlash from Democrats and divided Republican lawmakers. Greene repeatedly indicated support for executing prominent Democratic politicians in 2018 and 2019 before she was elected to Congress, and posts surfaced showing she agreed with comments calling the 2018 Parkland school shooting a “false flag” operation.

Why ISIS is easier for big tech to fight than white...

Here’s how to pay your taxes with a credit card and...

Syroco vs SP80: The race to create the world’s fastest sail...

Silicon Valley has a powerful defender in antitrust fight: the Koch...